4 of the Most Awesome Photography Projects Online

There are a lot of great photography projects out there, but these four stand out for me as being some of the most original and creative.


The Afghan Box Project 2012 is a project on Kickstarter to provide a record of a dying form of instant photography in Afghanistan. The people running the project made their first trip in 2011 and provided all of the material from that trip at AfghanBoxCamera.com. They're looking to return again and are trying to raise $9,800 to make it happen.


During the trip in 2011, they met some amazing photographers working with the most basic, hand-built cameras you can imagine.


"What happened took us seriously by surprise. We ended up meeting so many Afghans for whom the wider world of analogue photography had been a way of life as well as a skilled art form; who as well as plying their trade with box cameras, made highly sophisticated portraits a world away from the images of war and destruction for which their country is sadly known."

These box camera photographers show you what can be done even if you don't have the latest gear.


Night Zero is an ongoing photo-novel about a zombie apocalypse.  Yes, you read that right.

Conceived of in 2007 as a "neo-noir style graphic novel with photography", it follows various storylines about people in Seattle during and after the initial zombie attack.  The cast is made up of local actors and drama students, and it's shot in a style of HDR that produces images somewhere between photos and illustration. 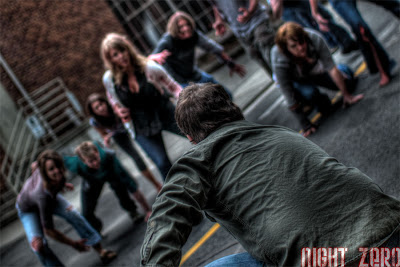 It's been online since late 2008 and continues to update three times a week.  You can read it for free online, or purchase completed volumes from Amazon. 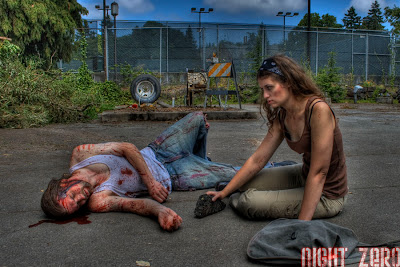 A collaborative effort, the 4am Project aims to collect photos from around the world "at the magical time of 4am".   There are some great photos on the project's Flickr Photostream.


It's easy to get involved, just upload your photos to Flickr and tag them with "4amproject". Over 5,000 photos have been added to the project so far.

The Focused Project aims to see what professional photojournalists can come up with if they have only one chance to take a picture.


"Five fully manual 35mm cameras will be pre-loaded with a single roll of film and packed into five separate camera bags. The bags will be shipped across the world from one photojournalist to the next – one in a small town in the middle of the U.S., another among relief efforts in a natural disaster zone, or working the White House press pool. Each photojournalist will get only one click of the shutter."

Each camera will have a roll of film that can take only 36 photos, but each of those photos will come from thousands of miles apart.

If you know of more awesome photography projects, let us know in the comments.