Why I Nearly Sued My Wedding Photographer

Choosing a wedding photographer is a very stressful decision for a young couple, because if the photographer screws up there is no second chance to recreate the event - not to mention the thousands of dollars wasted. 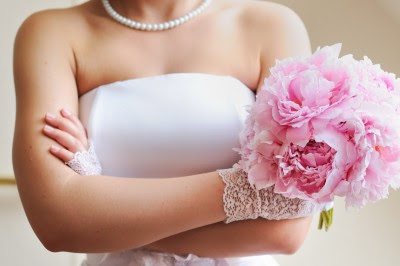 When my wife and I got engaged, we were in the same boat as many couples - we had no idea how to choose a wedding photographer.  None of our friends were married yet, so we didn't have any personal recommendations to rely on.

We ended up finding a list of candidates through Google (see SEO for Photographers) and walking through a wedding show at a local expo.  We met with several candidates and ended up selecting one whose photo style we liked and who seemed like a nice guy.  His name was Tom.

Tom was about our age and ran his business out of his home, but that was fine because he showed us around and his basement was set up like a professional studio.  In hindsight, we should have realized something was wrong when he mentioned how he was moving his studio to his detached garage that he had been building by hand "for the last couple of years."  But, with so many other things to think about, that comment didn't even register.

Before the wedding, Tom responded to all of our emails and phone calls quickly and we were all on the same page.  He laid out our options and pricing clearly, we signed a check and moved on to the other thousand decisions we had to make.

I had brought a sheet of paper with the vendor's phone numbers and kept in my car.  I called Tom to find out what was wrong, and he told me not to worry, that he was "about 10 minutes out".

There was nothing I could do at this point but pray.  I told my wife's bride's maid that he was pulling into the parking lot now.  Yes, I lied to her, so she would tell my fiancée that everything was ok. No point in both of us worrying.

He made it in time and was shooting pictures when my fiancée started her walk down the aisle.  He was no problem during the ceremony or at the reception. But afterwards was a different story.

Tom had told us that after our wedding our photos would be online for review within a week and that after we made our selections we would have our photo book within two months.  While the photos were online within a week, getting the photo book delivered ended up taking almost two years.

Tom dropped off the face of the earth for a few months, and wouldn't respond to email or phone calls.  Here's a response I eventually got to an email, about six months after our wedding:

Thanks for your email to xxxxx Photography.  I have set this auto-responder to go out through the month of June.  Until then, I am going to be working on the needs of current clients and will not be taking on any new projects.  I hate to do this in such an impersonal way, but I have fallen behind and feel obligated to my current clients to get caught up.

I know I am in the middle of a few large projects--please don't worry.  And I am on top of my upcoming scheduled shoots as well.  One of the reasons for this auto-response is to provide better service to you in the future.

His idea of better service was an auto-responder.

I can't explain why I didn't push harder, except to say that while we wanted our wedding book, it wasn't the foremost worry in our mind. Jobs, starting a family, moving into a new home - the wedding book was never priority number 1.

It did kind of gnaw at me through - those photos had already cost us a lot of money.  Plus, Tom wasn't going to get paid the balance until we got the book. How could he NOT be a hurry to delivery and get his money?

When I was able to get him on the phone, Tom was always very apologetic and promised to get our book done soon.  Finally, about 18 months after our wedding, frustrated and just wanted the ordeal behind me, I typed up a note in legalese (or my best imitation thereof) threatening to sue.

We got our wedding book two months later.

On the cover, my wife's name was misspelled.

Tom blamed the company he outsourced the book creation too. And since they didn't offer that style of the book anymore, he had to replace the nameplate by hand (it turned out ok).

About a year later we got a boilerplate email from him to all of his past clients, thanking us all for recommending him to their friends, but that he had decided to go back to a 9-to-5 job.

I think that was for the best.

Customer service for photographers can be broken down into three phases: before, during, and after the photoshoot.

Before the photoshoot, customer service is focused on reducing the feeling of risk for the client.  That means making them confident in you and your abilities.

During the shoot, you want to be seen doing your job, but not getting in the way.

You'll have your best opportunity to provide excellent customer service after the event is over.  At this point, customer service is about enhancing your reputation.  Now is the time to surprise your client and leave an indelible impression on their mind (and hopefully get them to mention you to all of their friends.