The Types of Digital Watermarks and Their Uses 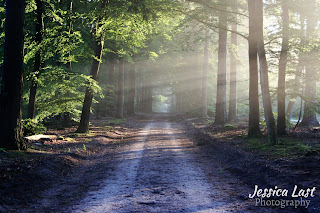 The Types of Digital Watermarks

Visible watermarks usually take the form of a semi-transparent image that's overlaid on the original image. The image usually contains the name of the photographer or company that holds the copyright for the image, although it can contain additional items, like the year or a copyright symbol. Since the image is semi-transparent, it's clearly visible but also lets the viewer see the original image.

When superimposing an image as a visible watermark, it's important to make sure the superimposed image can't easily be cropped from the photograph. The semi-transparent image that's superimposed should either cover most of the picture or a vital part of it, such as a person's face in a portrait or wildlife in a nature shot.


Of these, spatial and frequency watermarking are the most common invisible watermarks used.


The Uses of Visible Watermarks

By stating the copyright holder's name, visible watermarks help protect an image from copyright infringement. Their usefulness in tracking down illicit uses of an image, however, is limited. Not only is it difficult to search for all uses of a semi-transparent watermark, but these watermarks can be removed by software. Visible watermarks are getting better at resisting image transformation, but a determined and the knowledgeable thief will still see the watermark and, with the right software, possibly be able to remove the semi-transparent image.

The Uses of Invisible Watermarks

Invisible watermarks are used to prove an image's authenticity and identify the rightful copyright holder. Since they're harder to identify and remove than visible watermarks, invisible ones are especially helpful when searching for and prosecuting illicit postings of an image. They can help prove that a person violated a copyright claim, which can make prosecuting a copyright lawsuit and collecting royalties easier.

Photographers have always needed to take steps to protect their work. In today's digital age, these watermark options give photographers several ways to prevent, identify and prosecute illicit uses of their images.